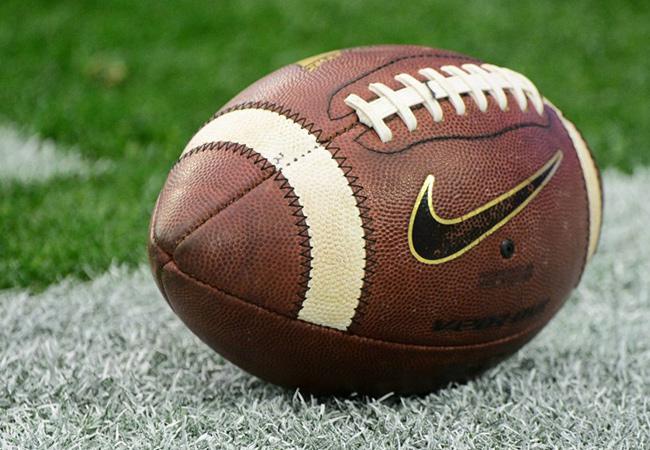 We participate in the Mid State League. Our football teams are first divided into rosters based on the athlete's grade level and then by the school district's boundaries.

We pride ourselves on the close relationships we maintain with both Andover School District's High School Football programs and their involvement in our program and Board of Directors. Our goal is to allow boys and girls in grade school the ability to develop and grow together learning how to play football with the same kids they will play together with when they reach high school.

Andover Jr Football participates in the Mid State League with teams from a majority of the communities in south central Kansas whose high school team makes up the Ark Valley Chisholm Trail League. From Flag to Traditional Tackle, we provide both girls and boys the entry-points and options to share and play the game while allowing parents to make the right choice for their young athlete. Our Mid State League is for grades Pre-K / Kindergarten up through 6th grade.

Games are scheduled by the Mid State League and schedules are generally released late August and involve playing 6-8 regular season games per year on Saturdays beginning in September. Home games are played at either Trojan or Jaguar Stadium in Andover. Away games are played at various locations, generally located throughout south central Kansas such as Augusta, Clearwater, Derby, El Dorado, Goddard, Maize, Newton, Valley Center and Winfield to name a few. Parents are responsible for transporting athletes to and from practices and games.

Andover Jr Sports encourages and supports the development of well-rounded individuals. This may include a variety of activities and interests. However, for a youth football/cheerleading program to flourish, it requires the commitment of its participants, parents and coaches. Practice during August is of paramount importance in how a team develops, both physically and in terms of its personnel being evaluated by the coaching staff. Therefore, players are expected to be at every practice. Coaches recommend that vacations be taken prior to the beginning of the season on August 1st.

Practices are mandatory. If a player misses practice during the week, that player’s eligibility for participation in that week’s game is at the sole discretion of the coaching staff.

For purposes of defining attendance, a child that physically attends practice, but is unable to participate because of a physical condition, is considered to have attended practice.  A child that is unable to participate physically in at least one practice during the week will be evaluated prior to the game by his/her head coach to determine the extent to which the child can play in the game.

Player team assignments are first based on the fall grade of the athlete. A request may be made to the organization by a parent to play their child up one grade level and the final decision rests with the Organization. Team rosters are determined first and foremost by where an athlete lives within the USD 385 school boundaries and the school the athlete attends as determined by USD 385. The respective high school for which an elementary and middle school feeds an athlete up into determines if an athlete will play as an Andover Trojan or an Andover Jaguar. The complete Roster Guidelines & Rules can be accessed once registered.

As part of the registration fee, tackle players are supplied with a helmet, shoulder pad, pants, and jerseys. An individual mouth guard, socks and cleats are the only required items not provided by Andover Jr Sports. Players are only allowed to wear equipment provided and fitted by the Andover Jr Sports Association for equipment certification, insurance and liability reasons. No exceptions unless approved by the Board of Directors!

The player is solely responsible for the equipment furnished by the Andover Jr Sports Association. The player must replace any equipment lost, damaged due to negligence or unreturned; otherwise your Equipment Security Deposit check will be deposited. Notice of equipment hand-out times and locations will be communicated by the Organization. If for some reason you are unable to make these times, please advise your coach. At that point the Organization will make our best effort to outfit your child, but cannot guarantee that he/she will have their equipment in time to participate in practice drills with the rest of their team.

Parent involvement is crucial to Andover Jr Football and Cheer's ongoing success. Those parents with an athlete in Rookie Tackle and Traditional Tackle are required to assist with the operations of running HOME games. Each team is responsible for supplying the necessary manpower to help with game day operations (i.e. announcing, chain crew, concessions, stadium cleanup, etc.). Without the necessary help, we will be forced to forfeit the game. In addition to the games, volunteers are needed during the other various events and fundraising activities throughout the season.

Your child MUST be picked up from practice/games on time!

The players in our program have established themselves as hard working, competitive student-athletes making the most of every opportunity. Our goals for the upcoming season include having every child learn and participate in an organized and fundamentally sound competitive program. ALL children will be given the same opportunities to grow, develop and apply their skills. This does not mean however, that all participants will play the same amount of time from week to week.

We look forward to meeting each and every parent during the season. Thank you for your enthusiastic support!